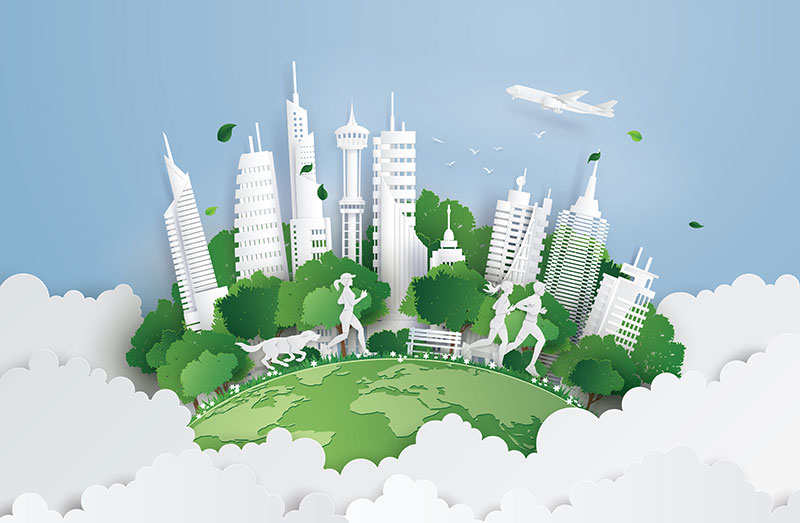 Green Building: Benefits for All

Building green. Two simple words that can inspire grand ideas yet require careful consideration and planning. Developers and contractors alike are faced with weighing the costs versus the benefits of LEED® Certification, building to other green standards, or using traditionally-sourced materials.

So why build green? One obvious and easy-to-quantify choice is for the economic benefits.

Increases in asset value of 10% or more makes green built properties more attractive to building owners, reports of which have nearly doubled since 2012. Upfront investment in green building, though reportedly 1-4% higher than conventional build initial costs, can be quickly outstripped in value gained once completed. The University of Texas at Austin looked at resale value of homes in the Austin-Roundrock Metropolitan Statistical Area and found that homes built to LEED® standards between 2008 and 2016 showed 2% higher increase in value over homes that were built to a wider range of green standards.

USGBC’s LEED® program, Leadership in Energy and Environmental Design, reports that maintenance costs have been shown to be almost 20% lower in green buildings than typical commercial buildings, day-to-day and year-over-year. Studies have also shown that green building retrofits typically decrease operation costs by almost 10% in just one year.

Shorter payback periods are another benefit for green building owner/operators due to the demand for healthier living spaces by consumers. Tenants are willing to pay $2.91 per square foot for LEED® certified space as opposed to traditional (non-LEED® certified) buildings receiving an average of $2.16 per square foot, according to a recent Los Angeles market report.

“To date, green building has created millions of jobs and contributed hundreds of billions of dollars to the U.S. economy. From 2011 to 2014, national green construction generated $167.4 billion in GDP. In Texas alone, more than 720,000 jobs were attributable to green construction during that time. In 2014, LEED®-related employment directly contributed $1.09 billion of individual income tax to states.” U.S Green Building Council

Our future looks green. By creating living spaces that support the economy and environment while enhancing the quality of life for building occupants, green builders help to provide a better standard of living. The 2018 World Green Building Trends SmartMarket Report expects the majority of projects in the next three years to be green buildings.

Re/New Lumber Company is proud to be a supplier of FSC®-certified, sustainably sourced wood products.